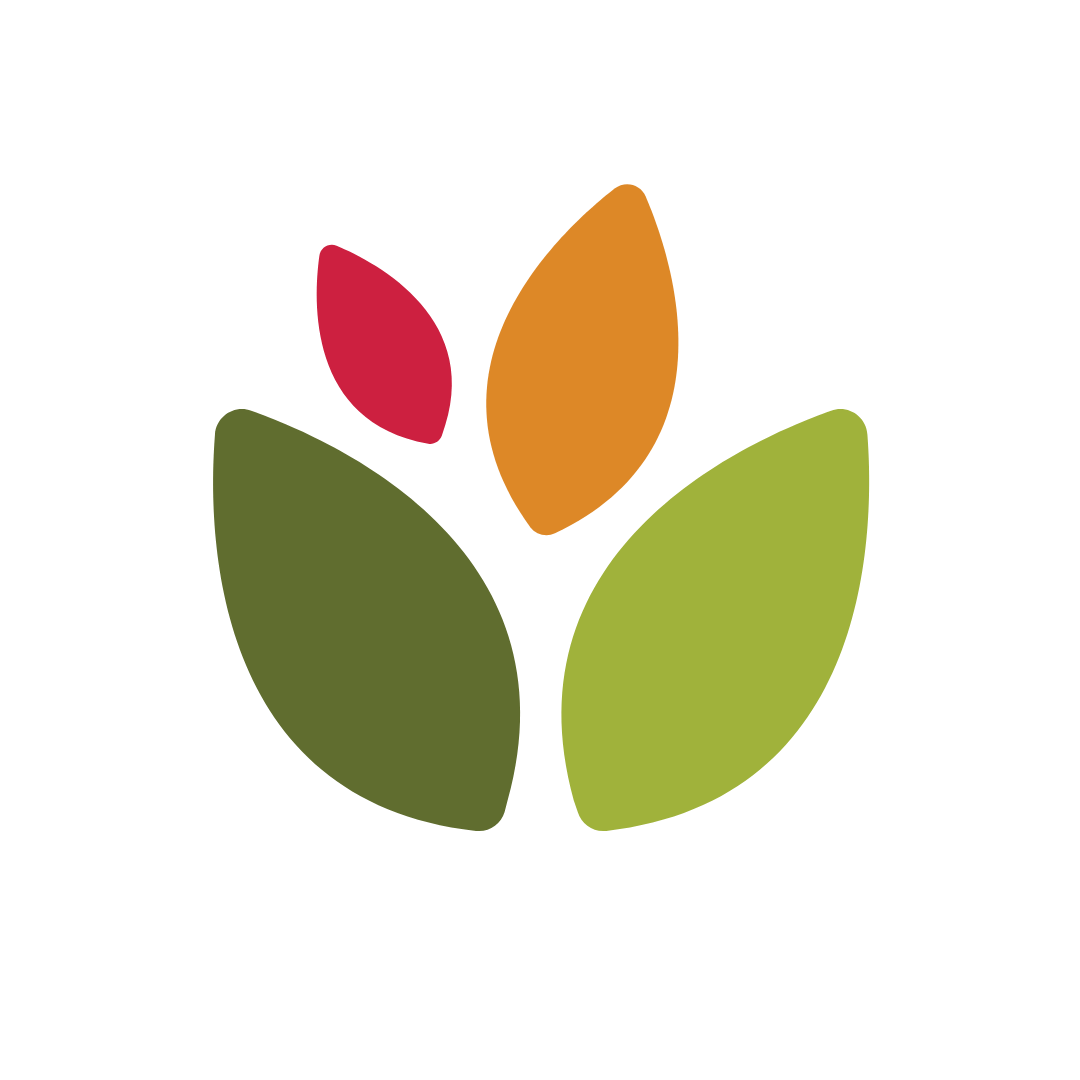 Lupus is included in the category referred to as autoimmune diseases; a disease in which the body’s immune system loses focus and begins to attack otherwise normal, healthy, nondescript, harmless tissue.

Somewhere between 1.5 and 2 million Americans are thought to have some form of lupus. In the normal course of events, our body produces antibodies to protect us from disease. Lupus blinds our immune system to tissues indigenous to, or of, the body leading the immune system to order these antibodies to attack healthy tissue. The result of this attack manifests as swollen, painful, and inflamed joints, damaged tissues, kidneys, heart and lungs.

A number of different types of lupus have been uncovered, including systemic lupus erythematosus (SLE), discoid (cutaneous), drug-induced (over 400 types of drugs have been identified to cause this), and neonatal.

The cause of lupus is not known at this time, however environmental and genetic factors are thought to play a part. Hormones are also suspect as a cause as higher numbers of cases occur in women. No two cases of lupus are alike and the range of symptoms varies widely. Let’s take a closer look at this condition.

A Short Primer on the Immune System
Every minute of every day, hostile forces infiltrate our bodies; bacteria, viruses, microbes and fungi gain entry to our bodies either through open areas of skin or by being ingested through respiratory or digestive passages. Once inside our bodies, these aggressive foes seek to wreak havoc. Yet, even though these malicious outsiders gain regular entry, we don’t get as sick as we could thanks to our two special forces known as the nonspecific and specific defense systems, the second of which is more commonly referred to as our immune system.

Our first line of defense is our nonspecific defense system. This system is made up of intact skin, mucous membranes, the inflammatory response and certain proteins produced in the body. This system attacks everything and takes a load off our immune system.

We’ve all heard the phrase, “know your enemy” and this is what our immune, or specific defense, system does. From birth, it begins acquiring the knowledge it needs to recognize and defend our body against disease-causing agents (pathogens). Our immune system is born with innate immunity; a type of general protection that humans have. Some of this immunity (called passive immunity) is passed on to us through our mother’s breast milk. Later, if we get measles, our body creates a line of attack against the virus called an anti-virus and from that time forward, we are immune (adaptive immunity). Only in very rare circumstances does an individual contract measles twice in their lifetime.

Our immune system is not an organ-based system like our respiratory system is. Rather, our immune system is a functional system, part of which consists of millions and millions of immune cells found in lymphatic tissues and circulating throughout the body. These cells, the most important two being macrophages and lymphocytes, will directly attack the offending substance. These little killers are so effective that, after an organ transplant, an immune-suppressing drug is given that inhibits their effectiveness so the transplant can take hold.

To read the full article on the immune system, CLICK HERE.

Discoid lupus erythematosus (DLE) and subacute cutaneous lupus (SCLE) are conditions in which skin rashes and sun sensitivity are the main issues. There is no involvement of internal parts of the body and they are not life-threatening.

Systemic lupus erythematosus (SLE), or simply referred to as lupus, is a chronic autoimmune inflammatory condition that can affect any organ in the body and in a pattern that varies greatly from person to person. Ergo, it has been dubbed “the disease with a thousand faces”. Breaking this definition down, “chronic” refers to the fact that this condition is life-long. Having said that, an individual with SLE will go through periods when the condition is active and other times when it is not. “Autoimmune” refers to the fact that the immune system cannot discern the difference between one’s own tissues and invading, foreign, potentially hazardous tissue. Think of it this way…your immune system is on “auto” pilot; it reacts without the ability to analyze and recognize. Because the immune system is constantly on overdrive, the inflammation that occurs and is seldom allowed to recede as it normally would after a typical immune response. The end result of chronic inflammation that damages and disables organs. Finishing on a high note, it is an incurable, but treatable condition.

Neonatal lupus is an uncommon form, and as the name suggests, affects the newborn child of a mother who has either SCLE or systemic lupus. This condition consists of rashes that come and go, generally running its course by the time the child is six months old.

Drug-induced lupus is an uncommon form which can be triggered by over four hundred types of drugs with symptoms consistent with those of systemic lupus. When the drug is stopped, the symptoms stop.

Specifics of Lupus
The cause of lupus is not known. As previously stated, it is thought that hormones play a part as lupus is eight to thirteen times more common in women of child-bearing age than in men, children, and the elderly, with a higher instance in women of color. Lupus is more common than Multiple Sclerosis, muscular dystrophy, or leukemia. In Canada, it is thought that upwards of 50,000 Canadians are living with lupus.

Lupus is not contagious, nor is it a form of cancer or AIDS. Heredity may be a factor as it is not unusual for someone with lupus to have it in his/her family. However, there is at least a 95% or greater chance that you will not develop lupus even if it runs in your family. To date, there is no cure however researchers have made great strides in the past decades toward finding one.

The best news of all is a patient’s prognosis after diagnosis. Just 35 years ago, at the famous Johns Hopkins University, only half of all lupus patients were alive four years after diagnosis. However, by the late 1970’s, 80-90% of all lupus patients were alive after 10 years. Several factors have combined to cause this remarkable improvement. Earlier diagnosis, recognition of milder forms of the disease, and better use of tests have all helped.1

Symptoms of Lupus
Remember that lupus is different in each person living with it. Lupus begins slowly and you might not notice it at first as a “condition” but just as an annoying set of symptoms which have cropped up over a period of weeks or months, possibly even years. It may be quite a while before you can group symptoms together and deduce that something’s wrong overall. Lupus can be tricky to nail down as some symptoms are specific to lupus and others can be identified with other illnesses. For instance, symptoms of fatigue, weight changes, fever, and swollen glands can be attributed to many things. However, symptoms specific to lupus involve one or several organs of the body, unfortunately in unending combinations and permutations.

Physicians of the American Rheumatism Association have established a list of 11 abnormalities which, when combined, point to SLE, four of which must be present to make a diagnosis.2 These eleven include:

•a butterfly rash over the cheeks
•photosensitivity (excessive skin reaction to sunlight)
•discoid lupus (a scaly, raised rash that appears on the face, scalp, ears, chest or arms)
•mucosal ulcers (in the lining of the mouth or nose
•Arthritis
•Pleuritis (inflammation of the lining of the lungs)
•kidney involvement
•seizures and psychosis
•disorders of the blood cells
•immunologic disorders (specifically four autoantibodies found in the blood)
•antinuclear antibodies found in the blood.

To read the full description of all eleven and several more, CLICK HERE.

Life After Lupus
Should you suspect that any or all of these symptoms might be signaling lupus, your first step should always be to have a conversation with your doctor about your suspicions. His/her guidance is the best advice to rely upon.

Treatment after a diagnosis may consist simply of a “watch and wait” approach, usually by one physician consistently overseeing the patient’s care (possibly even a specialist such as a rheumatologist). This primary physician may then, as needed, send the patient to other specialists such as dermatologists (skin) or nephrologists (kidneys). Treatment can also consist of an avoidance strategy (staying away from things that can cause a flare-up) and, where necessary, treatment of symptoms with prescription drugs such as prednisone or simply non-steroidal anti-inflammatory drugs (NSAIDS).

Even SLE patients who have required treatment can reasonably hope that a remission will occur when little or no treatment will be needed.3

If you have been diagnosed with lupus, you will probably be advised to protect yourself from the sun, stop smoking (if you do), talk with your doctor first before considering pregnancy, consider other options than antibiotics (again, always under your doctor’s advice), make proper nutrition a top priority, and always talk with your doctor about any supplements you might wish to try before trying them. Following these guidelines and staying in close conversation with your doctor can help you prevent lupus flare-ups from occurring.